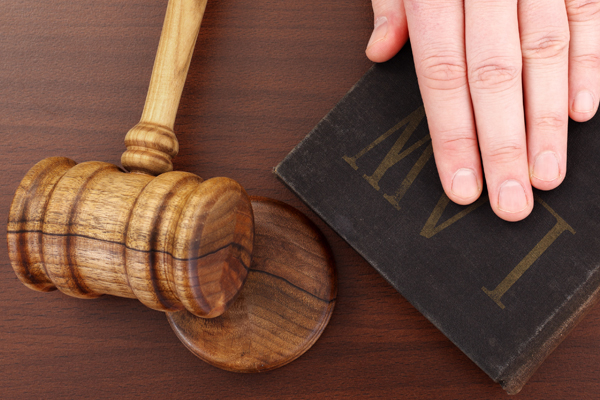 Any competent drug lawyer understands that the Fourth Amendment is the central concern in an interstate drug stop case. The federal government must prove that every part of the traffic stop, from the interrogation, to the search, detention, and the stop itself, was conducted properly. Moreover, law enforcement must demonstrate that the officer had probable cause to believe that a traffic infraction occurred or that there was a reasonable suspicion of criminal activity. Without this, any evidence gathered was gathered illegally, and is not admissible in court.

Occasionally, a drug lawyer can effectively argue that the officer did not have reasonable cause to stop the motor vehicle. In some situations. the motorist’s conduct clearly did not constitute a traffic violation, though most of the time, the event is recorded on the officer’s front dashboard video, and the cause of the stop is readily apparent. What occurs after the stop, however, is often more of a gray area. A competent attorney will focus heavily on this timeframe, and may be able to prove that the officer abused his power or acted unlawfully, generally by using one of the inappropriate tactics detailed below.

Many times, Philadelphia police officers will ask the motorist for permission to search the vehicle. If the officers do not get the consent they are looking for, a drug dog will often be summoned to smell the air around the car so as to give them probable cause to carry out a search. If the officer does not have reasonable suspicion, and cannot demonstrate that he had just cause to hold an individual, it amounts to illegal apprehension or detainment, even if this means the individual was held for an excessive amount of time while waiting for a K-9 to arrive on the scene.

Even when an officer has enough reasonable suspicion to stop the driver, this does not indicate that he has probable cause to search. Sometimes, an officer may ask one of the occupants for consent to go through his or her bags. However, the occupant cannot give consent for the vehicle to be searched unless he or she is the lawful owner. When the occupant alone allows, the officer can only search the occupant’s belongings, but the law enforcement agent may proceed to search the vehicle driver’s bags without his consent. Other times, an officer may allow a drug dog to sniff inside the vehicle. Without probable cause or consent from the vehicle’s owner, this too, usually amounts to an unlawful search.

Authorities can not unreasonably restrain or hold an individual during a regular traffic stop, and once it concludes, the motorist is free to go. The only time an arrest can be made is if law enforcement has reasonable suspicion to believe that a law has been or is being broken and they have probable cause to arrest. Sometimes a police officer will hold an individual for questioning throughout the traffic stop to build suspicion, including asking every person in the car about where they have been and where they are heading.

If authorities have reasonable suspicion that the vehicle’s driver or its occupants are involved in criminal activity, they might detain everyone and call for a drug dog to establish probable cause to search. However, the duration of the detention needs to be reasonable. The real question becomes whether the policeman had reasonable suspicion to apprehend to begin with. Often times, the policeman’s hunch can be contested in court.

If consent is not given or probable cause is not established, authorities will likely call a drug dog to the scene to smell the automobile. Drug dogs trained in Philadelphia are utilized as passive indicators, meaning that when the dog walks around the outside of the vehicle, it will try to find the source of contraband if it is present. It will then show an interest by doing what handlers refer to as an “alert.” This means that dog sits at the place where the odor is the greatest. Occasionally, it can be verified that the canine did not sit or was either purposefully or inadvertently cued by the canine handler. Furthermore, though drug dogs are skilled and trained very well, they are not always precise. In some cases, evidence obtained after a drug canine “alerted” can be suppressed if the animal has been undependable or given false alerts in the past.

It has to be established that the dog’s smell is reliable and that it offered probable reason to look. Oftentimes, it is extremely helpful for the defense to work with skilled witnesses to help examine information to supply an outside perspective. Through this approach, it may be established whether the dog was accurately trained.

Unreliability of a Drug Dog

Drug sniffing dogs are trained to alert to the smell of narcotics. In some cases, however, they can falsely show a smell where no drugs exist because they are just suggesting the presence of an odor. If a drug canine warns to the smell of marijuana, it can be that a person riding in the vehicle smoked marijuana and had the aroma on their clothes, or that the animal is only smelling residue on money, which is not uncommon. On the other hand, if it has been revealed through other instances that the dog has a reliable track record, the dog will likely be deemed reliable by the court.

One more factor for a possible cause to search is if the motorist mentions that he only has a personal quantity of marijuana. The cop then may go through the entire automobile when the driver makes this admission. In the past, Philadelphia police have badgered motorists regarding their individual marijuana usage to the point of violating Fifth Amendment rights. In this case, an experienced drug lawyer can have the statement effectively thrown out as evidence.

If you or a loved one is facing drug charges in Philadelphia, you must have an attorney who is well-versed in constitutional rights as well. When your rights have been violated, whether by one of the aforementioned tactics or by other means, any evidence gathered is generally deemed inadmissible in court. Without evidence, the entire case is usually dismissed. Throughout the pages of this website, you’ll find the profiles of skilled litigators who will follow every avenue available to ensure your case has the best outcome possible. Take a moment to review the profiles, and then schedule consultations swiftly, so you can begin building your defense right away.