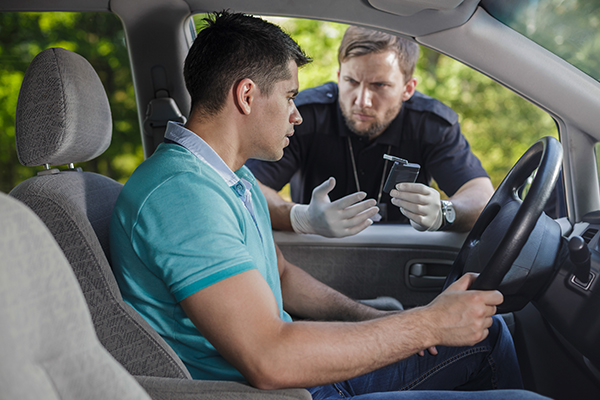 Challenging a traffic stop in Philadelphia can be complex, but it’s worthwhile because a successful case often results in having other charges reduced or dropped. Moreover, if you’re challenging a traffic stop, Philadelphia courts will take the matter very seriously, as it indicates that local law enforcement may have violated your rights, and they may need to take action against officers involved.

One of the biggest areas patrolled in the area is Interstate 76, as it receives heavy use from those who wish to import and export illegal drugs to/from the state of Pennsylvania. Because officers are well aware of this, they often target drivers unfairly or conduct the stops unlawfully. Sometimes, they may even stop multiple vehicles for no reason, with the hopes of catching a drug trafficker in the process. If this has happened to you or someone you love, challenging a traffic stop may help with clearing charges that were pressed as a result of other events that occurred during the stop, and can help restore balance in the system after rights have been violated.

Most people believe that the only way to challenge a traffic stop is to dispute any and all evidence that they were in possession of marijuana, cocaine, or another controlled substance. However, a successful claim may still be made regarding the officer’s behavior, even if drugs were found in the vehicle.

A competent attorney will look into whether the officer had justification to pull you over. If the officer had reasonable suspicion to believe you broke the law, or were about to break it, it was a lawful stop. However, some officers do so without reasonable suspicion. They either have no reason at all, or they create an excuse to conduct the stop. Excuses such as having a GPS device on a windshield, illegal lane use, having an unsafe following distance, driving one or two miles per hour over the speed limit, or even going too slow, are among common trumped-up allegations. If the attorney can demonstrate to the court that the officer pulled you over without merit, any evidence gathered during the stop may be deemed inadmissible.

Challenging a Traffic Stop in Philadelphia: Probable Cause

Once a stop has commenced, the officer still has an obligation to follow a certain protocol before executing a search. The Fourth Amendment gives you protection from “unreasonable searches and seizures,” which means that if an officer does not have probable cause to search, he is violating your constitutional rights by doing so. Probable cause may consist of many things, though it is the officer’s burden to demonstrate to the courts that he had a valid reason to suspect there were illegal drugs in the vehicle or that some form of criminal activity was unfolding.

Although law enforcement may request permission to conduct a search, you do not have to grant it. Moreover, your refusal does not give him probable cause to search. In these situations, when the officer conducted a search without your permission and without a valid reason to do so, a skilled attorney can argue that your Fourth Amendment rights were violated. Again, this means that evidence gathered may be inadmissible, and the officer may suffer consequences for behaving unlawfully and abusing his power.

If you have been unlawfully stopped by law enforcement, and the search revealed that a controlled or illegal substance was in your vehicle, you may have grounds to have all evidence thrown out and your court case dismissed. However, not every criminal defense attorney looks into Fourth Amendment violations when fighting drug charges. The attorneys presented on this site have experience fighting even the most challenging Pennsylvania cases, and will research every avenue that could lead to the reduction or dismissal of your charges. Take a moment to review the profiles and begin scheduling consultations right away, to give your attorney the time he needs to build an aggressive defense strategy.