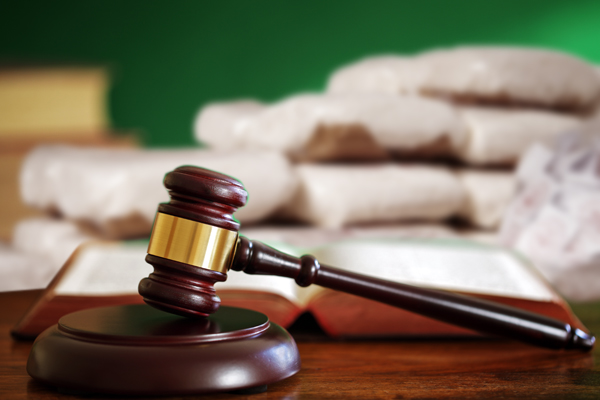 Federal drug manufacturing charges are akin to trafficking, and are therefore treated very seriously by the government. In an effort to put an end to drug abuse as a whole throughout the country, the feds have established very hard penalties for those found guilty of a manufacturing drugs charge.

Controlled substances are broken up into “Schedules” by the federal government. Very dangerous and addictive drugs, as well as those with no medicinal value, are classified as Schedule I, while those that present less risk can be classified as low as Schedule V. Penalties for the manufacture of a controlled substance vary quite a bit based on Schedule and the quantity involved.

III: Anabolic Steroids, Ketamine, Testosterone, and Drugs with <90 Milligrams of Codeine per Dose

V: Lyrica, Lomotil, Motofen, Parepectolin, and Drugs with <200 Milligrams of Codeine per 100 Milliliters

*Although Marijuana is a Schedule I Substance, it is treated differently. For more information on marijuana or cannabis-related charges, please see our federal drug cultivation charges page.

Additional penalties may be assessed if the manufacturing and delivery of a controlled substance occurred in the presence of minors or near an area where children frequent, such as a school, park, or place of worship. Some general guidelines for penalties of lesser quantities are detailed below.

Any Amount of Schedule I or II Substances: A first-time offender can receive up to 20 years imprisonment and as much as a $1 million fine. A $2 million fine and up to 30 years behind bars is possible for a second-time offender.

Any Amount of Schedule V Substances: A person convicted for the first time may be imprisoned for up to a year and may receive as much as a $100,000 fine. A repeat offender could be looking at 4 years and a $200,000 fine.

When larger quantities of a substance are involved, mandatory minimum sentences take effect. For example, a person with 500-4999 grams of cocaine faces a minimum of 5 years imprisonment. The minimum jumps up to 10 years if 5 kilograms or more are manufactured. Other substances with similar guidelines include:

If you or a loved one is facing federal drug manufacturing charges in Philadelphia, Pennsylvania, an entire life is at stake. Get the help of a legal expert who understands the nuances of federal legislation. Each of the attorneys presented on this site has experience in this area, as well as a record of favorable outcomes for their clients. Review the profiles and contact the attorneys of your choice for a free consultation today.