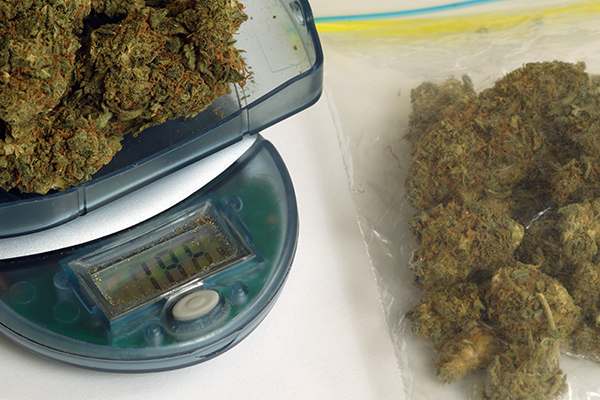 Manufacturing crimes in Philadelphia are still a common occurrence. The definition is incredibly broad, and covers the production, preparation, propagation, compounding, cultivation, growing, conversion, or handling of a controlled substance. This can be done by a natural extraction of compounds, by chemical means, or by a mixture of both methods. In other words, it can relate to the creation of any illegal substance.

Charges for manufacturing crimes in Philadelphia usually come about because police received a tip-off or because law enforcement followed a trail from a dealer to the manufacturer. Investigators take their time to collect evidence carefully before a raid. They’ll run background checks on their suspect, keep close surveillance, monitor comings and goings of a home, and may even check trash cans for evidence. When detectives have gathered enough evidence to demonstrate to the court that an illegal substance is being manufactured, they’ll ask a judge to agree to a search warrant.

The penalties will vary, and the charge may be labeled as either a misdemeanor or a felony, based on numerous factors. The individual’s criminal history will come into play, as will the type of substance being created, and the amount law enforcement believes has been made. Generally, 1-3 years behind bars is normal, with as much as a $25,000 fine. However, something as serious as manufacturing crystal meth can result in ten years and up to a $100,000 fine.

Felonious charges generally occur when the incident took place near a place of worship, a park, a school, or another family-friendly venue.  Additional charges may be filed if the property utilized was owned, rented, leased, or possessed expressly for manufacturing (or growing) a controlled substance. These charges not only apply to a person who was leasing a home for manufacturing, but also to the owner if he knowingly and intentionally leased it to a person for the purpose of manufacturing a controlled substance.

Defenses for Manufacturing Crimes in Philadelphia

Manufacturing of particular substances, such as crystal meth and weed, has become an epidemic in Philadelphia. Law enforcement has been fighting back as much as possible, but in their haste to curb illegal behavior, they sometimes violate the laws as well. An experienced manufacturing crimes in Philadelphia lawyer can evaluate the case and determine if any of these breaches took place. The biggest concern is unlawful search and seizure, as proving that this has occurred may well result in the evidence being thrown out and the case being dismissed.

Alternatively, some of the equipment used in the manufacturing process, which is submitted as evidence, can have lawful uses. A proficient manufacturing crimes in Philadelphia attorney will hone in on these things, as well as any other weaknesses in the state’s case.

It’s imperative to have a high-caliber manufacturing crimes in Philadelphia lawyer, such as those we feature on this site, when going up against such serious charges. In some situations, this will mean the difference between walking free and spending decades behind bars. If you’ve been charged with a manufacturing-related crime, you must retain the services of an experienced professional swiftly. To find out what options are available to you, and what potential outcomes might be, review the profiles listed here and begin scheduling your free case evaluations right away.