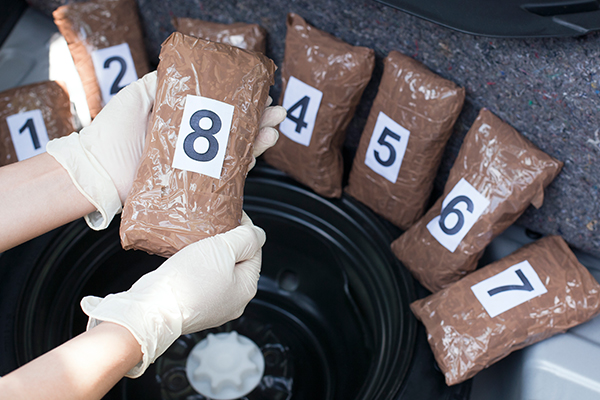 Trafficking in Philadelphia charges are doled out quite often by law enforcement, and the state takes these cases very seriously. Law enforcement’s goal is to put an end to drug use all over Pennsylvania, and as a result, they come down particularly hard on people accused of transporting, distributing, or selling controlled substances. In fact, they often target drivers on I-76 and other roadways, because they know that these paths are regularly used in the transport of drugs, both in and out of the state. “Interstate drug interdiction,” is the choice term often used by law enforcement to describe this particular method of targeting. Although most of the time it is legal, some over-zealous officers have been known to violate constitutional rights in their quest for “justice.”

Penalties for Trafficking Charges in Philadelphia

Considering that the simple possession of an illegal substance, even in a quantity one might have for personal consumption, can result in jail time and fines, penalties for a crime such a trafficking are much more severe. The overall penalties will vary based on many factors, including the type of substance, the amount discovered (or the amount law enforcement believes the accused had), where the incident took place, and the individual’s history. It is considered a felony and comes with a sentence of up to 15 years, as well as fines as much as $250,000. Bear in mind, substances with no medicinal value and with the high probability of being abused, such as cocaine, meth, or heroin, will have harsher consequences than a controlled substance that’s often prescribed and is rarely abused.

Defenses for Trafficking Charges in Philadelphia

A high-caliber trafficking in Philadelphia lawyer, such as those we feature on this site, will often turn his attention first to any potential violations of his client’s rights. This may be unfair targeting, unlawful search and seizure, or illegal detainment. The trafficking in Philadelphia attorney will review the entire case history and the events that led to the arrest, to determine if this strategy may be effective. If a violation did occur, a judge may throw out any evidence that law enforcement gathered, which typically results in the case being dropped. An experienced professional may also make use of any weaknesses in the state’s case, as these can raise questions in the eyes of a judge and jury as to whether a crime was even committed, and if the individual was involved. Negation and plea bargains may come into play as possible defense strategies, too.

If you or a loved one is fighting a serious drug-related offense, it’s important to contact a trafficking in Philadelphia attorney right away. In addition to the high-likelihood of heavy fines and time behind bars, those with criminal records also have difficulty getting jobs and housing for the rest of their lives, and certain liberties, such as the right to vote, may also be revoked. To find out what defense strategies will work best for your case, review the profiles listed on this site and begin scheduling your free case evaluations today.