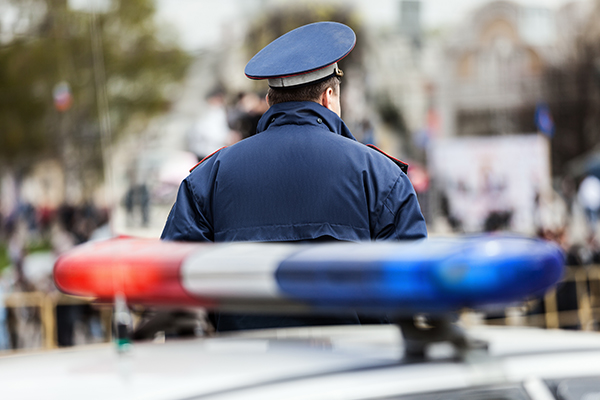 How to Survive a Philadelphia Traffic Stop Drug Bust

The best way to get through a traffic stop drug bust is not to be involved in a traffic stop at all, or at the very least, avoid having any illegal substances. However, Should you ever find yourself in that situation, keep the following things in mind to protect yourself and safeguard your future if the matter goes to court.

If you try to run or leave the scene, you will be caught, and that will only make matters worse. Always acknowledge the officer by using your signal to indicate you’re switching lanes as you move to the right side of the road. Be sure to pull away from traffic, so that both you and the officer will be safe.

If you conduct yourself in a proper manner the second you see the lights come on behind you, and you behave in a safe manner, you may be able to leave the scene without so much as a citation. However, even little things, like mistakenly pulling to the left side of the road, or failing to signal, can put the officer on edge.

Good manners during the stop are helpful as well, and can even prevent your driving infraction from turning into a pot bust. Once you are at the side of the road, remove your keys and place them on the vehicle’s dashboard. It’s a sign to him that you don’t intend to flee. If you’re near traffic, the officer may approach the passenger window, so preemptively roll down whichever window you think he will approach, and then place your hands on the steering wheel, so he can see that you are unarmed. If it’s dark outside, you may also want to turn on the interior light, so he can see you and your actions clearly.

Do not begin to look for your personal documents until the officer asks for them. Any motion he sees inside the car may put him on edge, with concerns that you may be searching for a weapon. If he fears for his safety, the situation gets a lot more complicated, and he may ask you to step out of the vehicle or search it.

Be Polite to the Officer

Most of the time, officers are glad to let people go with a warning, though they do assess the situation very carefully before doing so. Always wait for the officer’s instructions and follow them. Don’t hold him unnecessarily by asking questions. Remember, the less time you keep him there, the better.

Do Not Consent to a Search

Most officers know before they even leave their vehicles whether or not they’ll let you go with a warning, though they sometimes may act as if they’re still deciding, in order to get you to consent to a search or to get you to make some sort of confession. Do not consent to a search. If the officer is asking permission, he has no legal grounds to search without your consent. Do not assume he’s just testing you and will let you go if you agree. He’s likely to do a thorough search and you’ll be part of a drug bust traffic stop.

The officer may also threaten you with a warrant or say he’s calling for a drug dog in order to get you to agree to a search. Always decline. An officer is not allowed to hold you for an unreasonable amount of time by law, and oftentimes, calling in a K-9 unit or getting a warrant exceeds a reasonable amount of time. Moreover, if you are detained for an excessive amount of time, your lawyer may later use this to have the evidence gathered from the search thrown out. This usually leads to your charges being dismissed.

Do Not Admit Anything

“You have the right to remain silent,” as the saying goes, and you should. Your silence cannot be deemed an admission of guilt. Sometimes an officer will try to befriend you, in an attempt to get you to admit that you have something. He may even try to sympathize with you, or tell you how much better it will be for you if you just confess now. It won’t be. Whether you admit to having drugs, or whether they’re found in your vehicle during a search, the charge is the same. Moreover, your admission can be used against you. On the other hand, if you remain silent, the officer does not have concrete proof that any illegal substances are yours. You will still get arrested if they’re found, but if you don’t admit they’re yours, your lawyer may have more fodder in court.

If you’re involved in a drug bust traffic stop, there is nothing you can say that will change the officer’s mind. Once the illegal substance is found, you will be arrested. The best thing you can do afterward is to contact a seasoned Philadelphia traffic stop drug bust lawyer.

Drug charges can change your whole life. You’re not only looking at immediate jail time and large fines, but also long-term consequences that can impact job prospects and where you can live. It’s important to hire an experienced attorney, such as the ones we highlight on this website, who will evaluate your case and create a solid defense. Take a moment to review the profiles and begin scheduling your free case evaluations today.