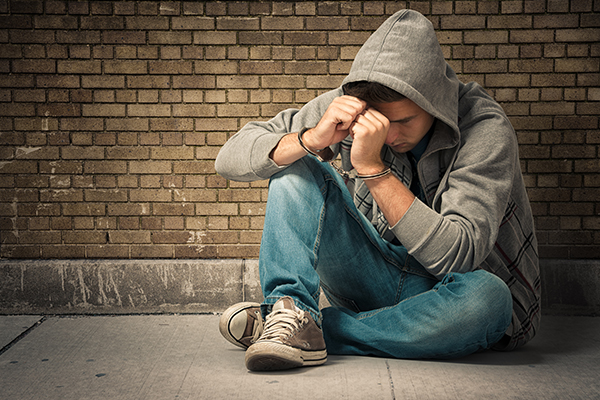 There are many reasons why a drug arrest may be considered to be unlawful or false. At its core, it involves being unjustly arrested or imprisoned, and it occurs with alarming frequency. Often times, the false drug arrest is spurred by another individual making a false claim, and though the information is unproven, law enforcement takes it at face value. It may also occur as a direct result of an officer or detective using inappropriate or coercive interview tactics. In any case, an individual is unlawfully held against his will, which is in direct violation of his civil rights, and gives the individual grounds to sue.

While it is illegal for an individual to resist arrest, it is not unlawful to disrespect an officer, to refuse a search, or to remain silent. In some cases, however, the officer takes personal offense to this behavior, and makes a drug arrest before he has cause to do so. If this occurs, it’s best for the victim to go along with the officer, to avoid receiving additional charges and possibly being injured while resisting, but because the officer is breaking the law, he may be reprimanded for his behavior. This is certainly grounds for a civil suit, and may also be of benefit if the victim is part of a marijuana bust, or is later charged with possession and other substance-related crimes.

Any individual that limits another person without that person’s consent and also without eminent domain commits the criminal offense of false arrest. This can include any individual who is not a law enforcement agent, though security guards are frequent perpetrators. Although private security guards are legally allowed to momentarily restrain a person they believe is guilty of burglary while they assess the situation or as they wait for law enforcement to arrive, they may only do so if they have proof that the person they are holding is guilty. For example, if a security guard has not seen a particular individual stealing, the act has no witnesses, and there is no video footage of the crime, he may not use force, the threat of pressure, or limit the customer without consent. If he does, then it is considered unlawful detainment.

The Difference Between False Arrests and Bad Arrests

Law enforcement and the court system often rely on statements given by people who have firsthand knowledge of events. When an individual gives a sworn statement, whether under oath in court or to officers, and officials believe the claim has merit, it may be trusted. In this case, it is lawful for police to detain. However, if it is later determined that the sworn statement was false or that the individual making the claim lied, it is referred to as a “bad arrest.” In this situation, the individual who made the false claims may be charged with a crime and may be held accountable for any harm or damage it caused the victim.

You Can Sue for False Accusations

False accusations can ruin a person’s reputation as is often the case when a false claim of child abuse, assault, or possession of an illegal substance is made. A victim of a false allegation such as this has the right to sue for defamation, which may be in the form of slander, libel, or defamation of character.

Defamation of character refers to the act of making incorrect statements about a person which taints his credibility. Something like a smear campaign could either be libelous or slanderous. The difference between the two is how it occurs. Libel indicates any sort of incorrect and damaging published declarations, while slander essentially refers to the same thing, but in spoken form. In order for any of these claims to be successful in court, an individual must have made the declarations maliciously, to hurt the track record of a person for their own personal gain.

Equally, a person may also sue when a false accusation is made, either by police or a private individual. Such case has merit if an individual did not commit a crime and was accused of it, or if a crime has not occurred at all. This could relate to marijuana arrests when the individual has no tie to the crime, and it’s also often seen with fraudulent claims that a child has been abused when the child was never injured, and in numerous other circumstances. Courts take false accusations so seriously that the damage to a person’s character or reputation does not need to be proven.

When a person has been wrongly detained, he may file a complaint alleging his civil rights have been violated. These cases are often referred to as “Section 1983” suits. They are named after the government regulation, United States code section 1983, and are tried in a federal district court.

Individuals typically submit 1983 instances after the use of excessive or unreasonable pressure occurs “under color of law.” This simply refers to law enforcement officials abusing their power. For example, if an officer had a warrant to search an individual’s home, but chose to mace the homeowner in the process for no reason, the homeowner would then have grounds to sue, as his civil rights were violated. To be clear, this type of case may only go forward if the officer was on duty and violated rights while acting as a representative of the law enforcement agency. It wouldn’t be the same if an off-duty officer was moonlighting as a security guard or was off duty as a civilian.

If you were apprehended by police and the case has no basis, or you believe authorities abused their power or acted inappropriately, it’s important to speak with a criminal defense attorney right away. Your lawyer will work to protect your rights going forward, will gather evidence before it disappears, and will help defend you against the allegations. Unfortunately, many people believe that if they cooperate with authorities and give a statement, it will clear their name, but this is often not the case. Not only can it be detrimental to your defense, but there are many cases on record where law enforcement officials have used coercive tactics to secure a false confession. If you believe your legal rights have been violated as a result of a false arrest, or you require a lawyer to represent you against illegal charges, contact a defense attorney as quickly as possible.