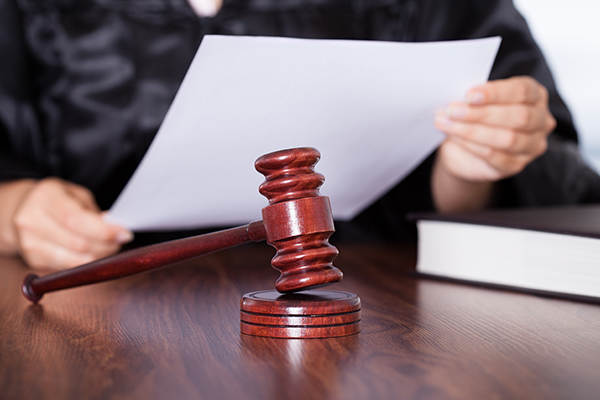 There is a growing movement to change marijuana laws within each state, though cannabis remains illegal on a federal level. Although the government has taken a hands-off approach, and no longer enforces federal laws in states that have legalized it, many people believe that the feds should step up and change marijuana laws across the board. The following contains the top arguments in support of changing not just Philadelphia marijuana laws, but policies all over the country.

1. Restriction Has Been a Failure

Reports that the war on drugs has been successful is entirely unsupported by evidence. For over 75 years, the government has tried to use criminal penalties, but the restriction has failed to regulate the use and production of marijuana. As of today, over 25 million people use marijuana every year, making it the leading cash crop in the United States. Any notion that marijuana will be abolished from this country or from the planet is more than a fantasy.

2. It Will Reduce Gang Activities

It makes a lot of sense: The illegality of anything is going to make it more in demand than if it were legal. Marijuana’s illegality makes foreign cultivation and smuggling to the United States an enormously profitable business for drug cartels and gangs. They send billions into the underground economy of other nations who may be aggressive to the US. The same can be said for domestic drug dealing. Though the use of tobacco and alcohol continue to be a major health problem, even though they are legal, the availability of these two products gives people less incentive to sell them on the black market. If the sale of marijuana were legal, then teenagers would experience more difficulty making easy money selling it to their colleagues and peers.

3. Legalizing Marijuana is Safer for the Community

Regulations have historically related to public safety and security. Take, for example, the restaurant industry, which has to be assessed for health violations, or pharmaceutical companies, who need to hand in their products to the FDA for testing. The marijuana business would work the same way. Moderating marijuana would displace the underground market, making it harder for minors to get the drug, while making it easier to hold specific pot dealers more accountable for foul play, and assuring consumers get quality products without deadly additives.

Revising marijuana laws can result in billions of dollars in tax revenue. The induction of Colorado’s Amendment 64 brought in greater than $30 million of taxable revenue for their budget. If California taxed and regulated the sale of marijuana, it could raise yearly revenue by $1.4 billion. If marijuana is legalized federally, the marijuana industry could probably be three times larger than the NFL, which could all be taxed, saving the US $13.7 billion a year. Even if recreational marijuana use was not legalized, the US is still missing a prime business opportunity to support legal hemp development, like Canada and Europe have. It is also essential to develop hemp as a biofuel source, as a method of decreasing carbon emissions. Hemp stalks will also not increase demand and prices for food, like corn does.

5. Marijuana is Much Safer than Alcohol

Testing has reported that using marijuana is markedly safer than drinking alcohol. In fact, for every thousand regular alcohol drinkers there are eight more trips to the E.R then for every thousand marijuana users. In short, you are 30% more likely to get sent to the E.R. for alcohol than marijuana. It is an established scientific truth that overdosing off of marijuana is practically impossible. Marijuana is also not as addictive as alcohol or tobacco.

6. Marijuana is Costing Our Court System

On average, over 750,000 individuals get apprehended for marijuana possession every year. The duties of law enforcement are too vast to focus on marijuana offenders, and it is far too costly for our justice system to deal with every one of these cases. It reduces space, clogs up the court systems and diverts time away from attorneys, judges, and corrections officers. Their energy would be better used on cases entailing violent crimes and terrorism. What’s more, taxing marijuana would generate the money required to finance important criminal justice and social programs.

Though for decades the restrictions on marijuana have hampered in-depth scientific study into the risks and health benefits of marijuana, there is considerable documentation that it can actually lessen many medical ailments, such as:

Epileptic Seizures: Cannabinoids control seizures by binding to the brain cells in charge of regulating excitability and managing relaxation.

Cancer: In a few studies, cannabidiol has been discovered to stop cancer by turning off a gene called Id-1.

Alzheimer’s Disease: Studies have found that THC, the active chemical in marijuana, slows down the buildup of amyloid plaques by obstructing the enzyme in the brain that makes them. These plaques are what eradicate brain cells and cause Alzheimer’s.

Inflammatory Bowel Disease (IBS): University of Nottingham researchers found that chemicals in marijuana, such as THC and cannabidiol, interact with cells in the system that play an essential part in gut function and immune responses.

Anxiety: Studies imply that a few of the drug’s benefits may actually boost the smoker’s mood and act as a sedative in reduced doses.

Currently, four states and Washington D.C. approve of recreational marijuana use, while 19 states permit it for medical reasons, and 14 have decriminalized it. Alaska, Oregon, Washington are already in the process of introducing a model whereby marijuana can be legally sold, taxed and regulated. In the 19 states where medical marijuana is permitted, regulation varies so extensively regarding the requirements for receiving a medical marijuana card that it ultimately assumes a quasi-legal status. Like with medical marijuana, states that decriminalized marijuana vary a great deal in their laws. In the 14 states that have decriminalized marijuana, the penalties have lightened considerably that the courts are commonly reducing or eliminating jail time and opting for fines instead.

Obviously, Philadelphia marijuana laws remain unchanged, as does the federal law, despite an overwhelming amount of evidence and public support of change. If you are caught with it in Pennsylvania, you will face charges, whether it’s a small amount or you’re accused of something more serious, like trafficking or selling.  If you or a loved one is fighting a court case due to Philadelphia marijuana laws, you’ll need the help of an experienced attorney. Review the profiles listed on this site, and begin scheduling your free case evaluations today.